Here are some different old photos of Kristiine area, including the building process of Mustamäe tee 16 in 2008. 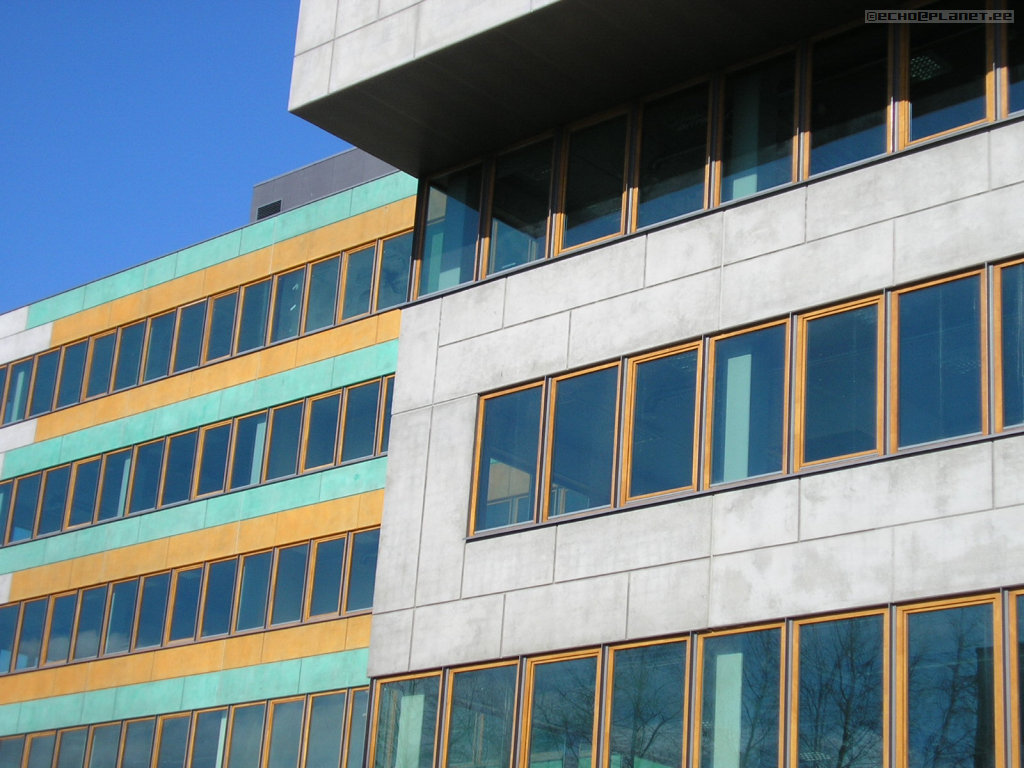 26.08.06
This should be Tondi 44, right at the roundabout where Linnu tee begins. There is a shop called Moto. 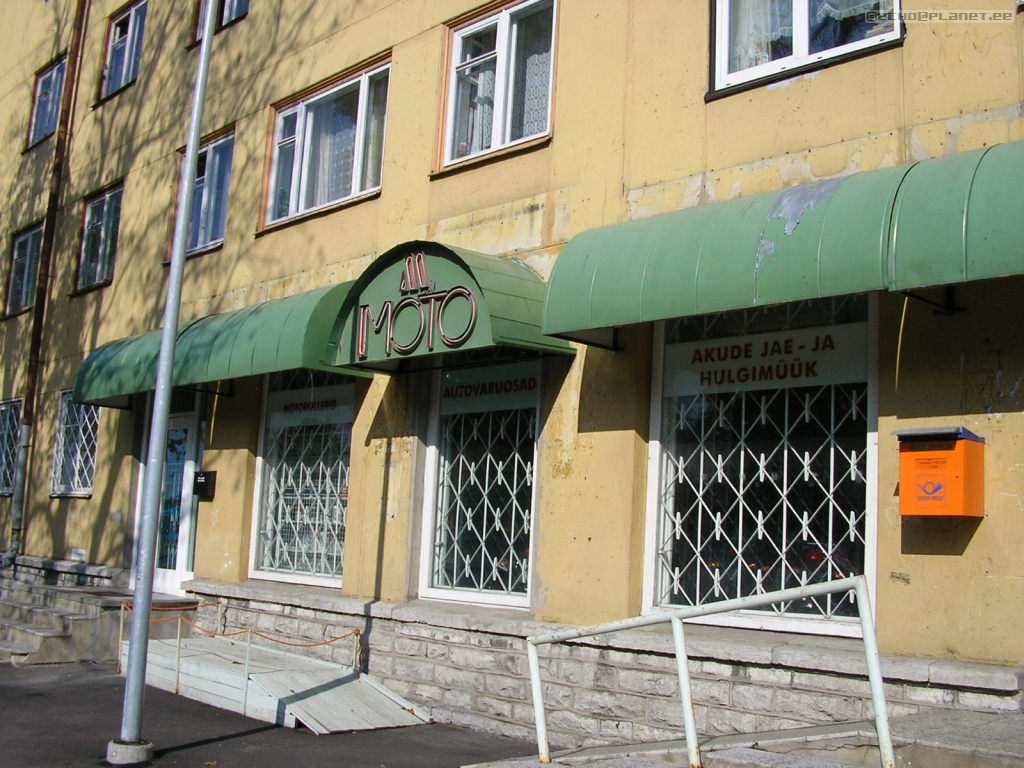 23.06.09
Same house at the end of renovation.The shop is still there, but as the house was renovated outside, also the logo of the shop :) 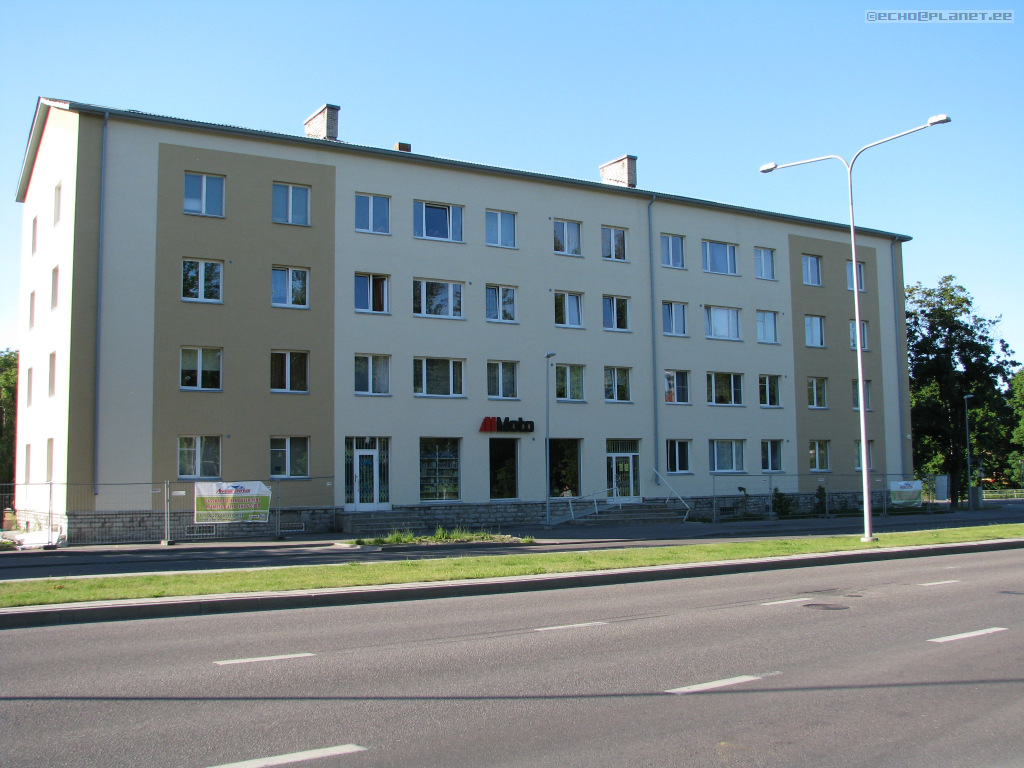 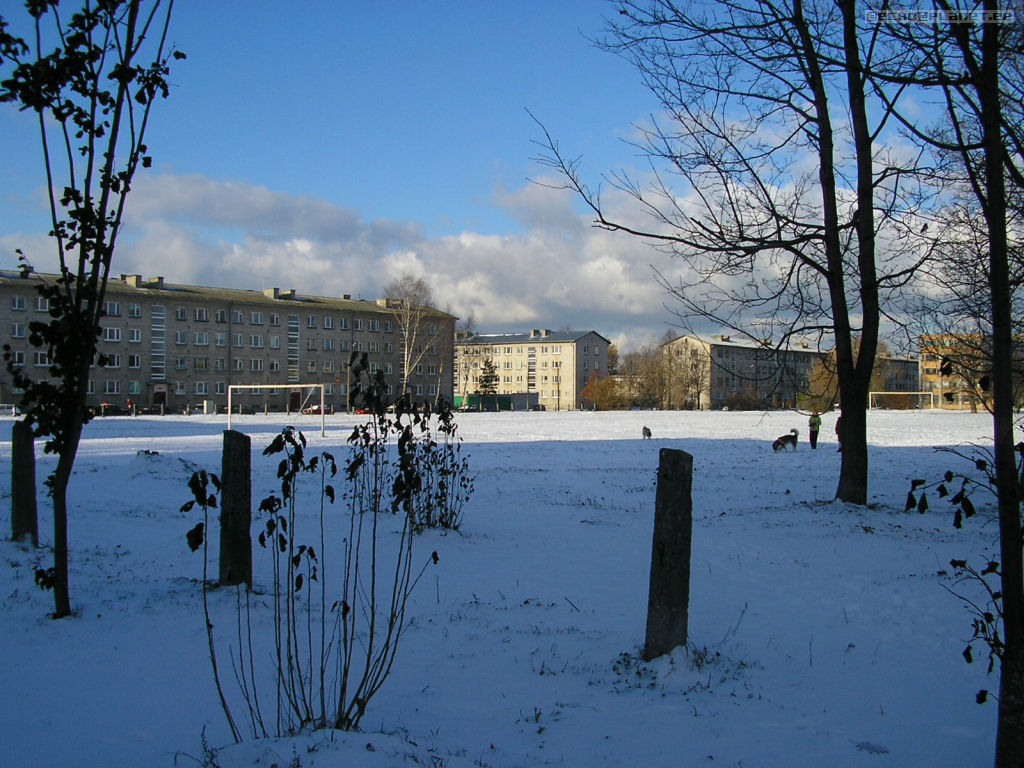 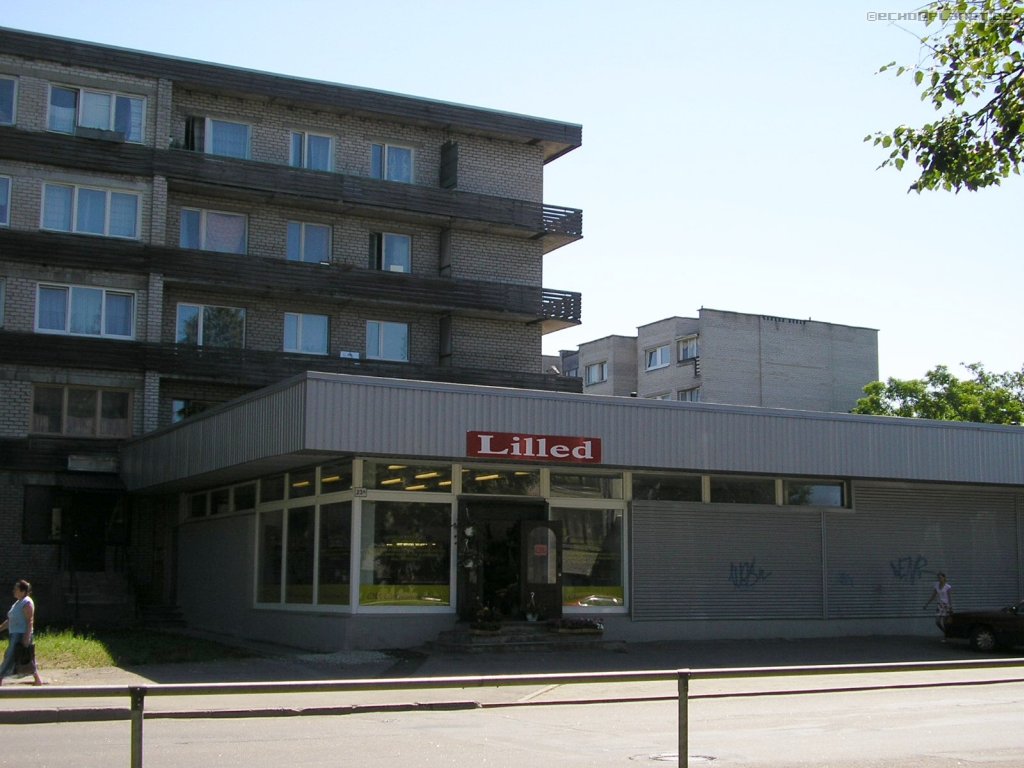 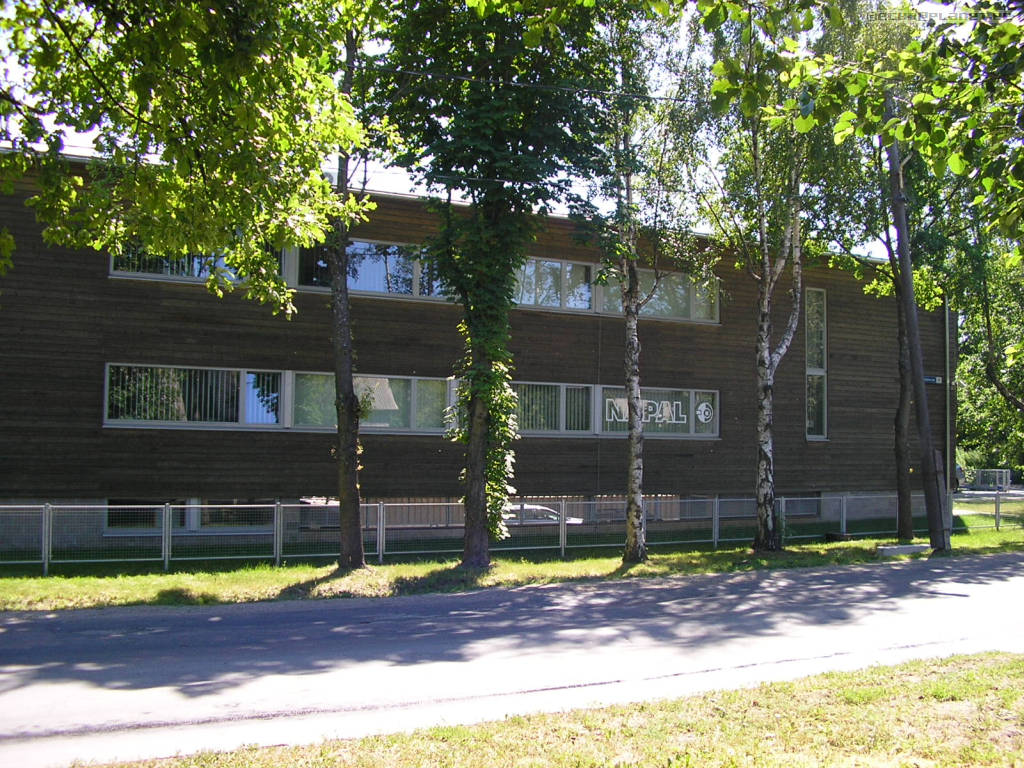 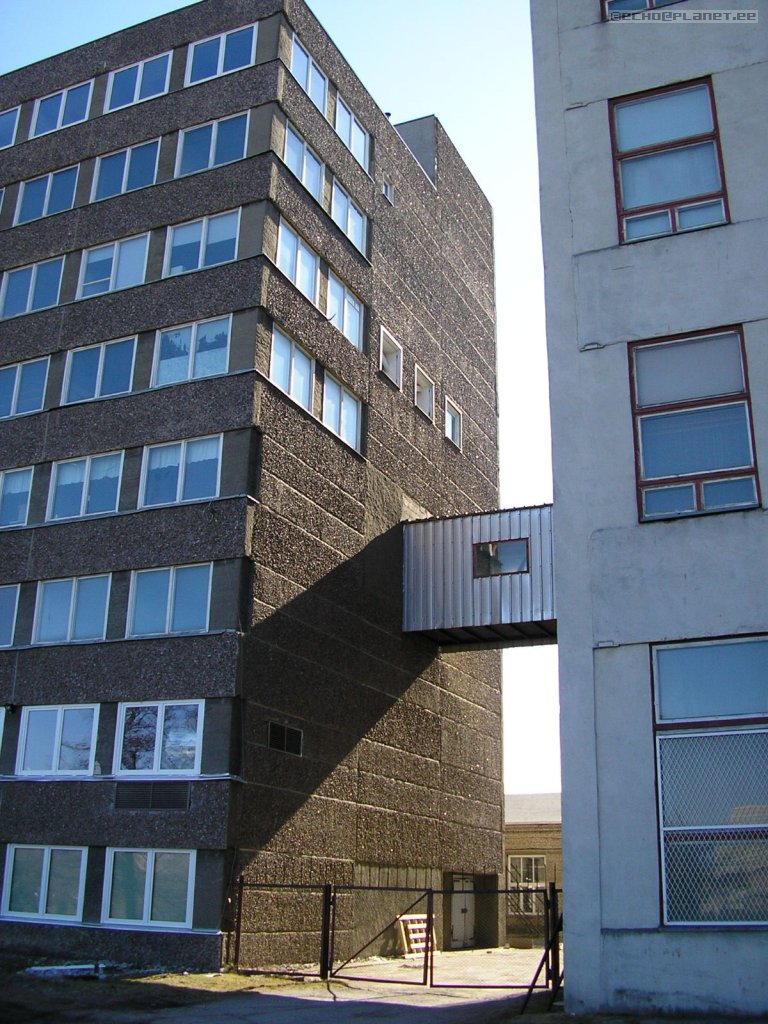 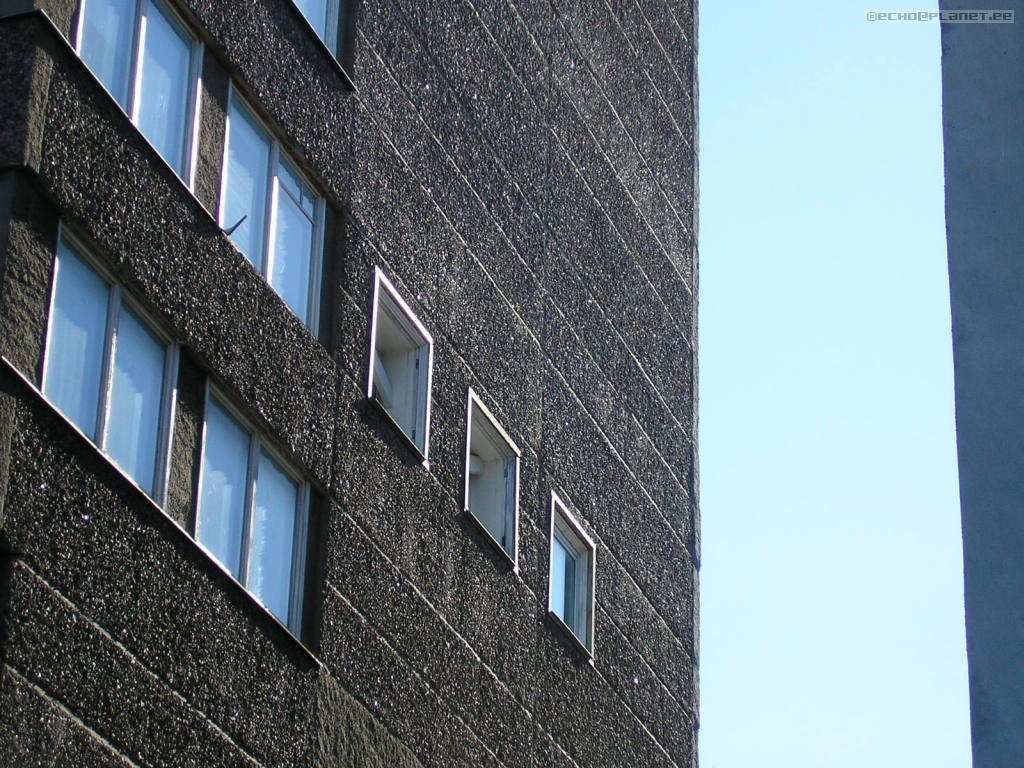 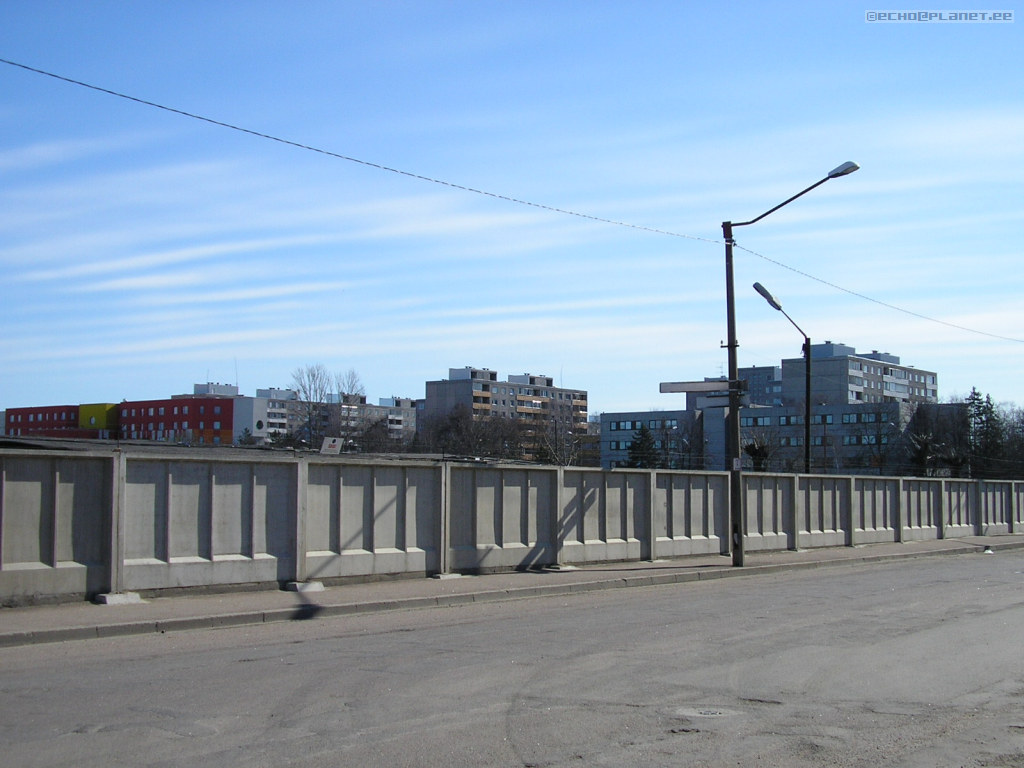 06.07.08
Same district closer: blocks on Mustamäe tee. Two Mustamäe-like microdistricts were built here (and about 25 old wooden houses demolished before) because Mustamäe was ready but the ground works for Väike-Õismäe were far from being ready yet. It's that delay that caused the buildinf of these buildings because the factory of panels "couldn't" be stopped -- the statistics (the number of panels produced in the factory) would have gone down, and that would've been regress instead of progress. Nothing like that was allowed in USSR regarding the building of new houses. By the way, Kristiine part of town was then called Lilleküla, which today is used for a smaller part of Kristiine. Post nr. 9 has more pictures of this area.

The local shopping centre in front is probably called Marja (Berry's), at least one shop there is called like that, named after a nearby street. That shop is a rare example where the roof once fell in. 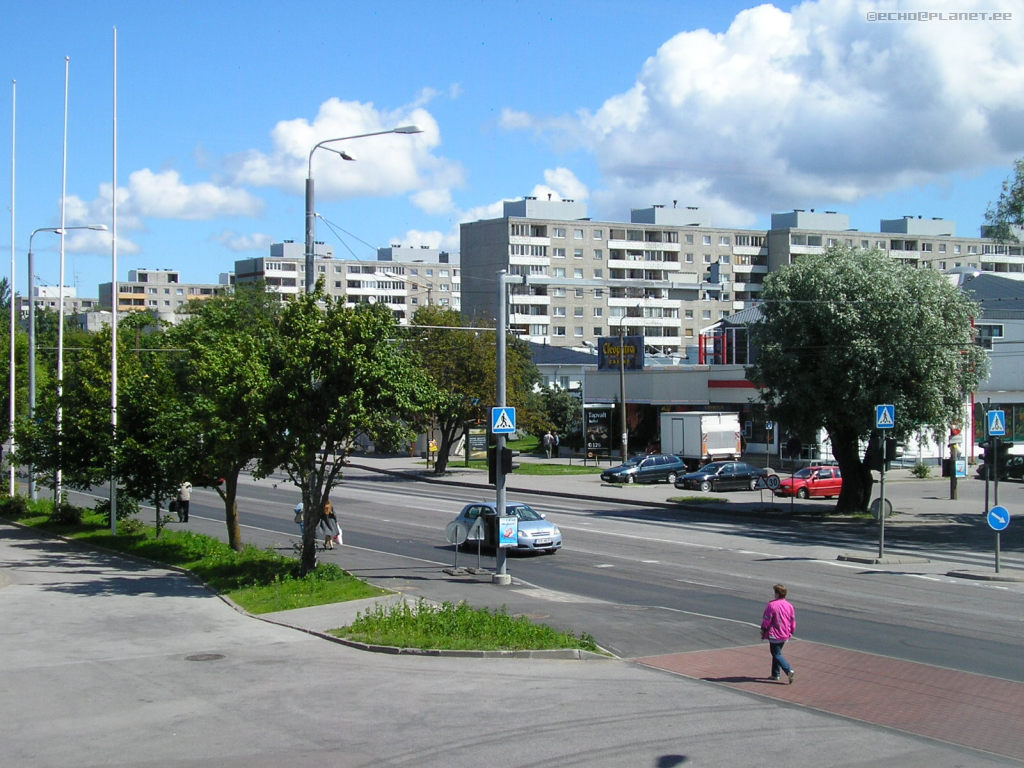 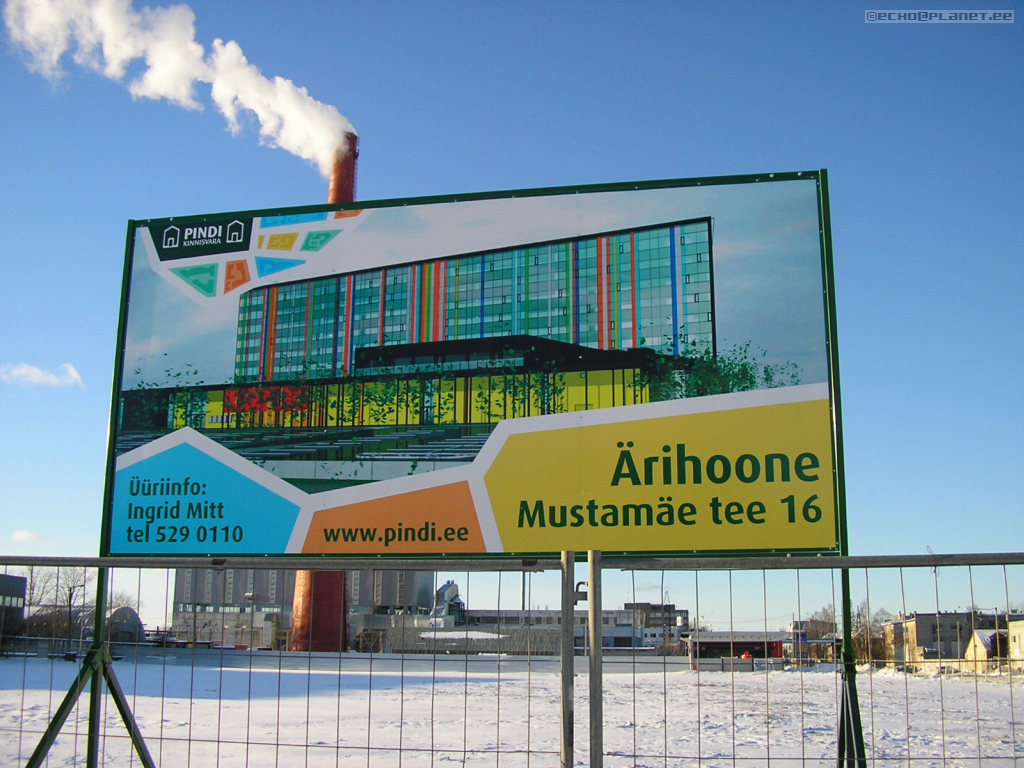 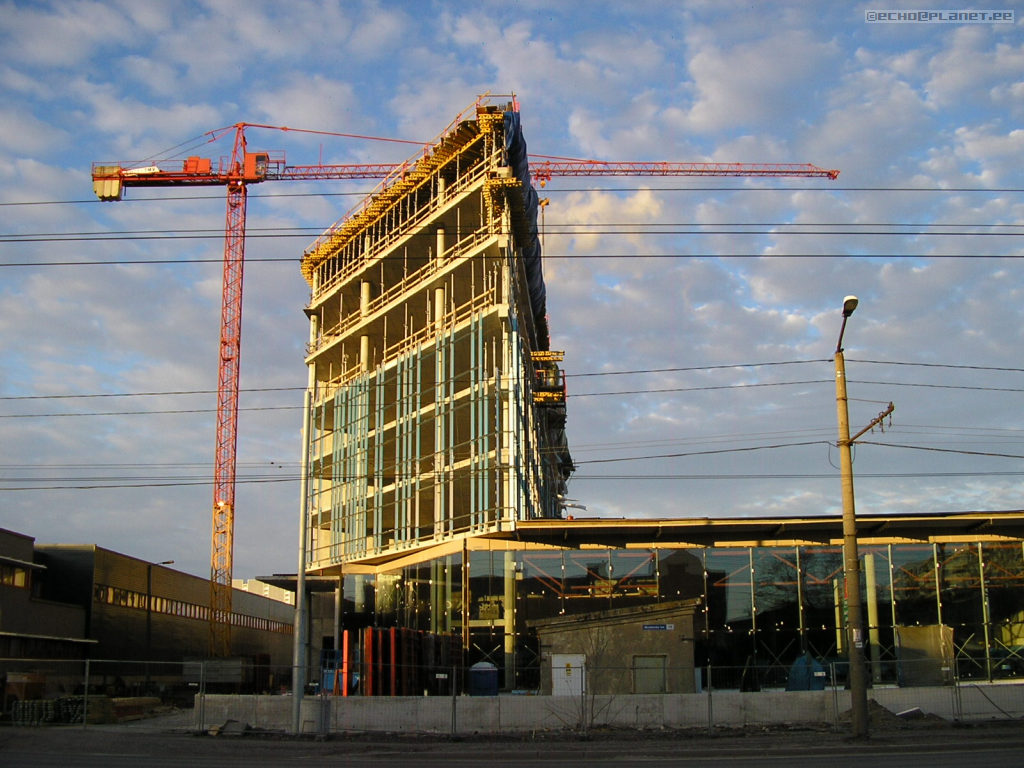 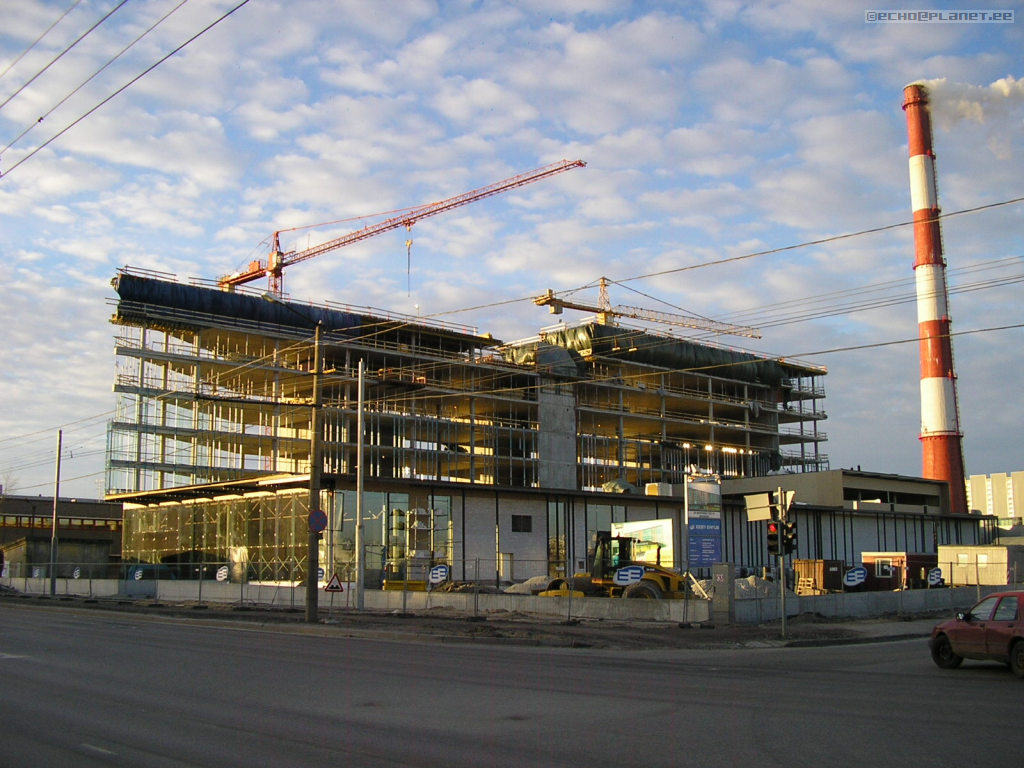 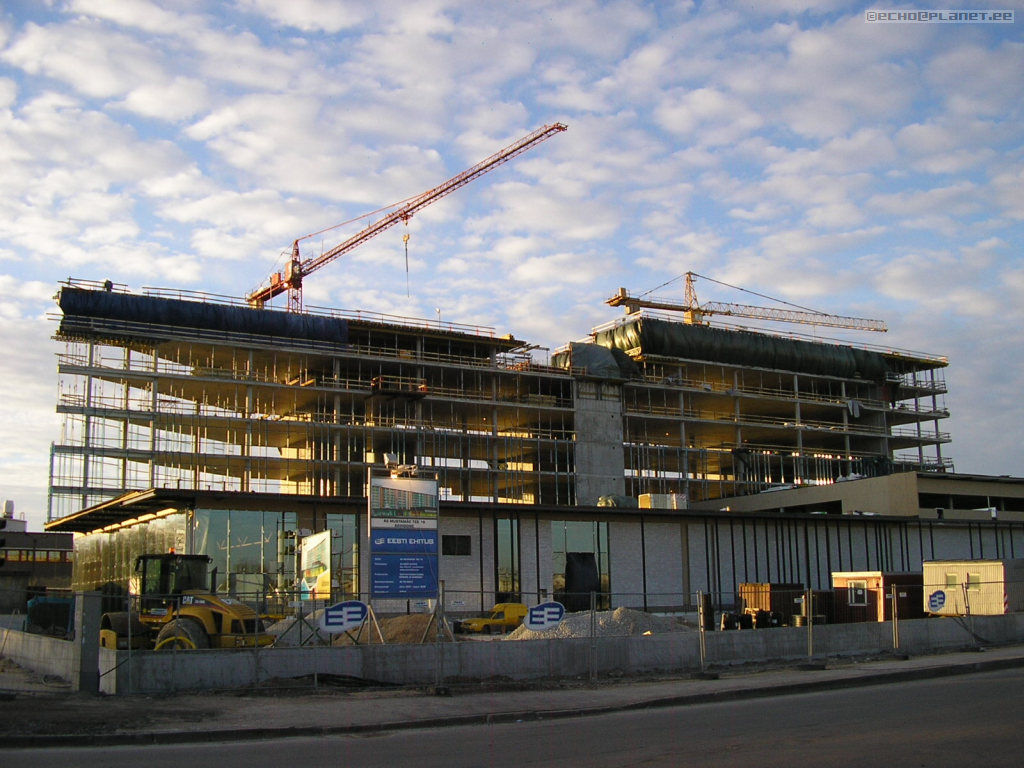 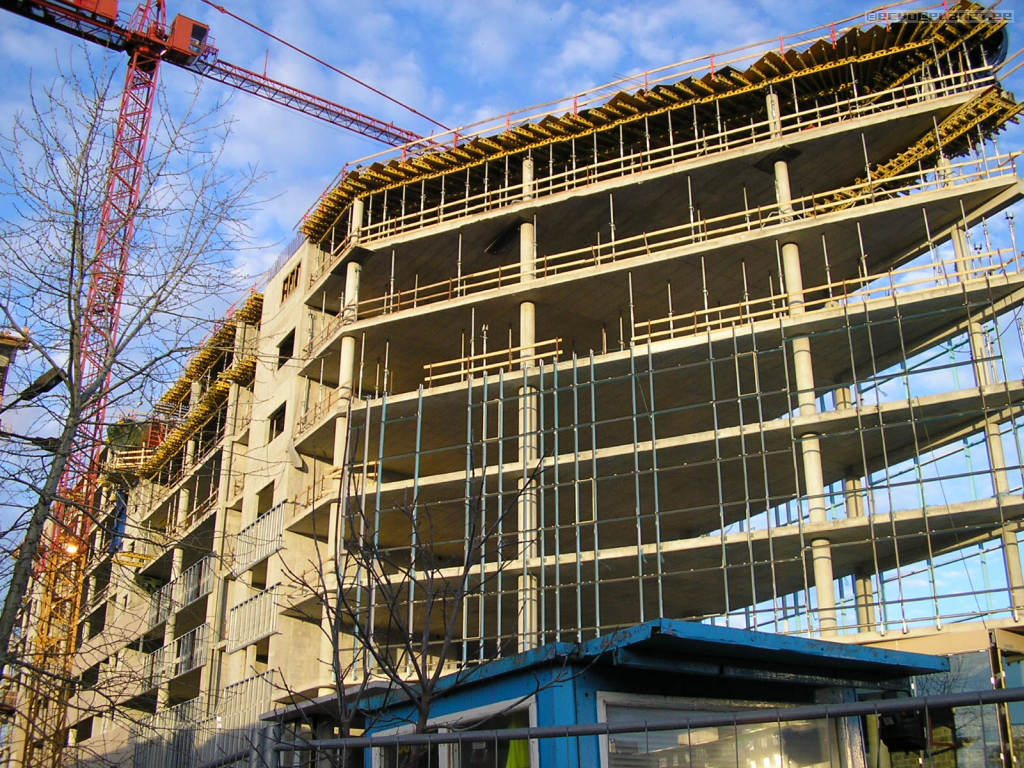 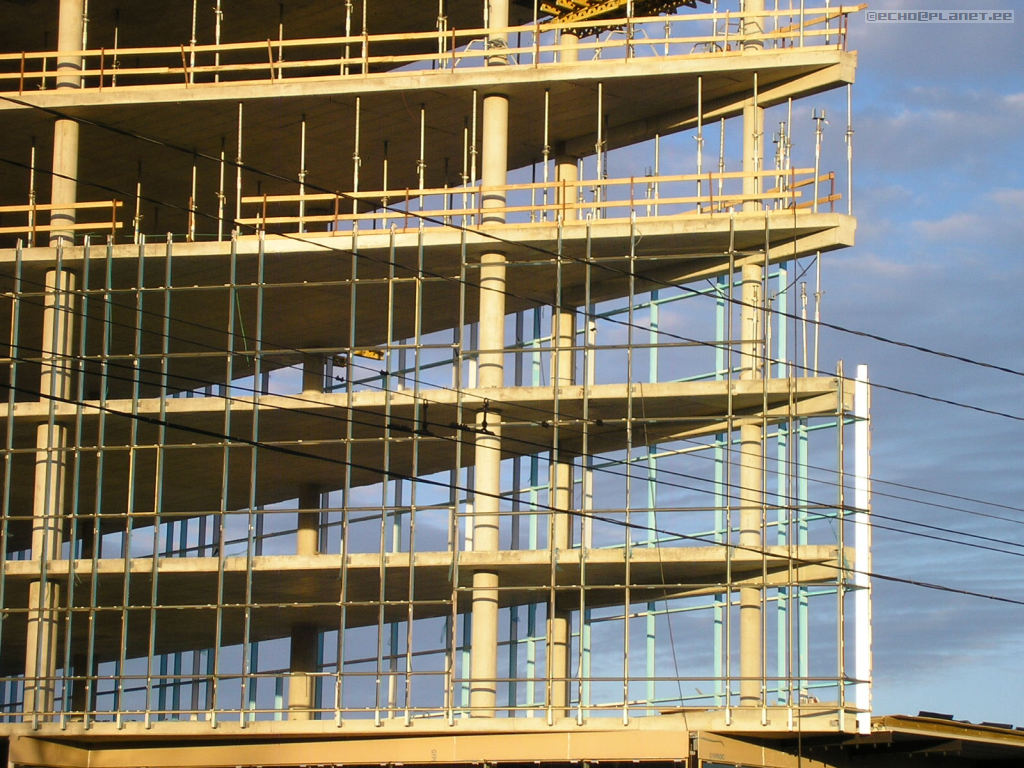 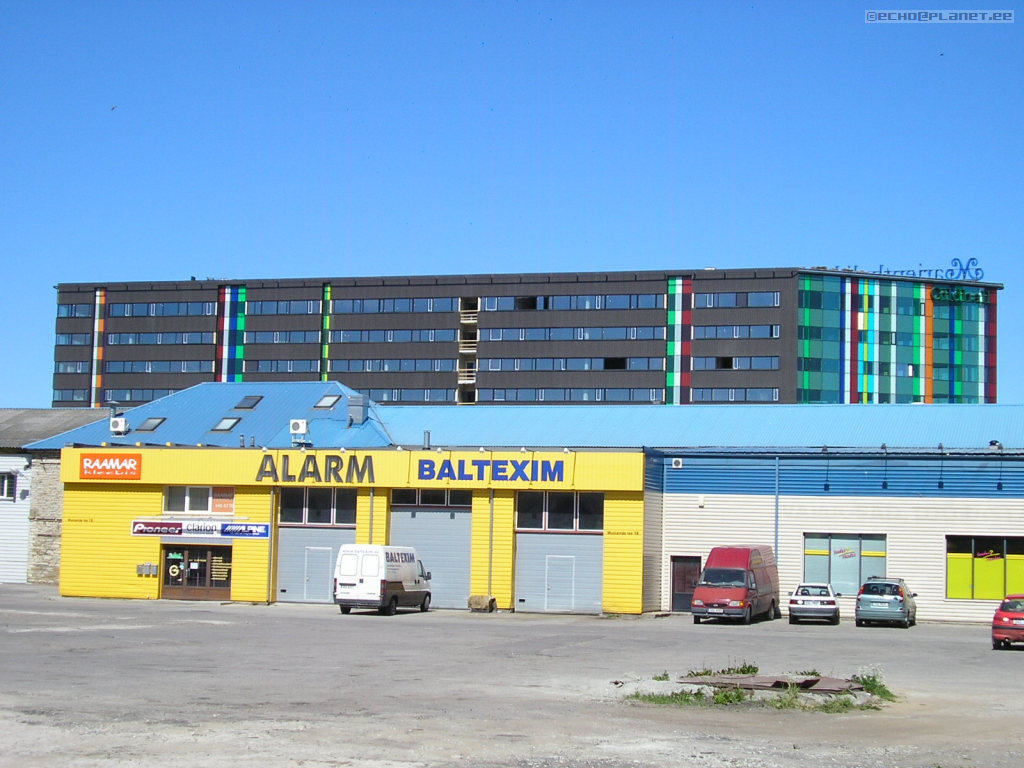 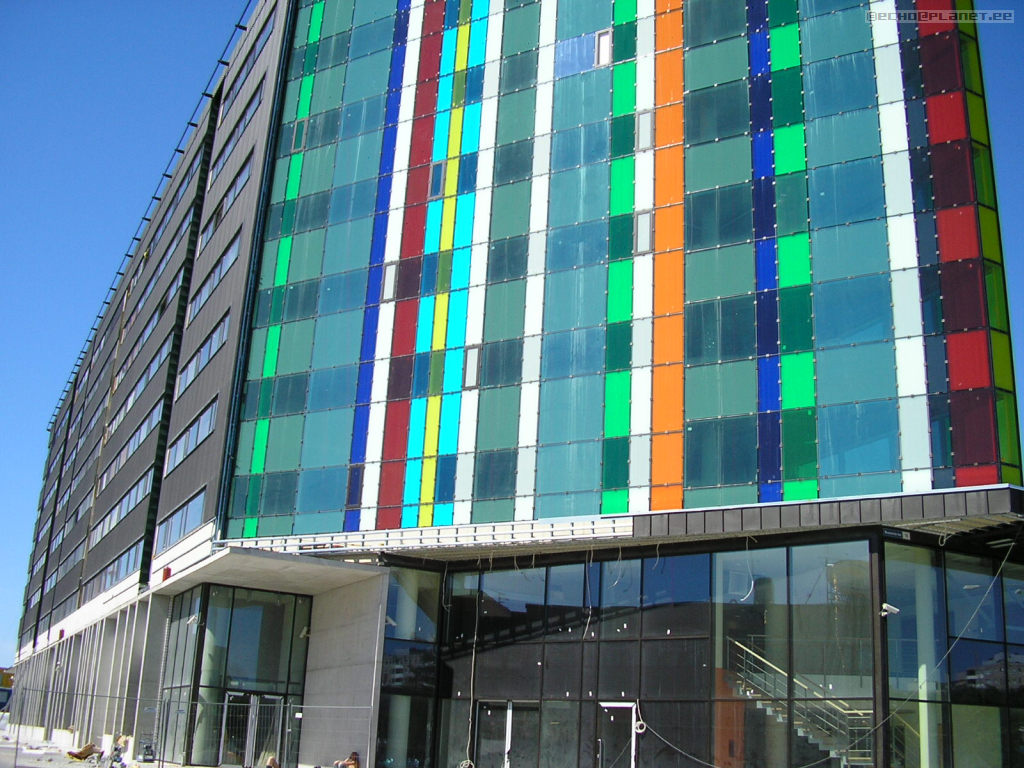 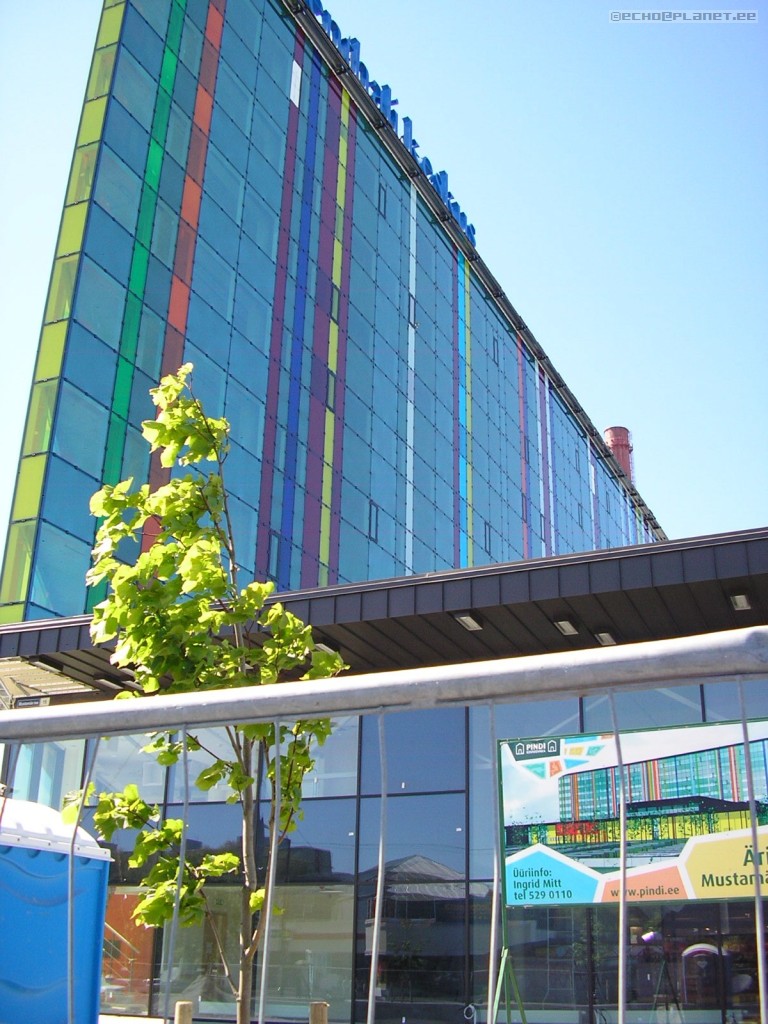 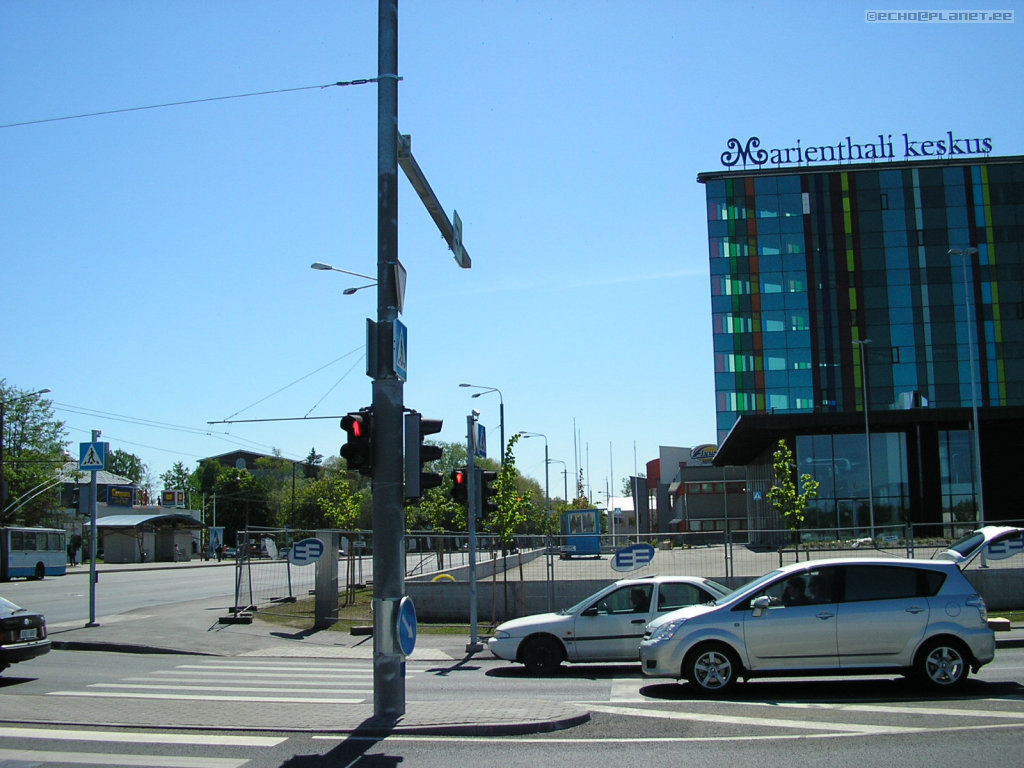 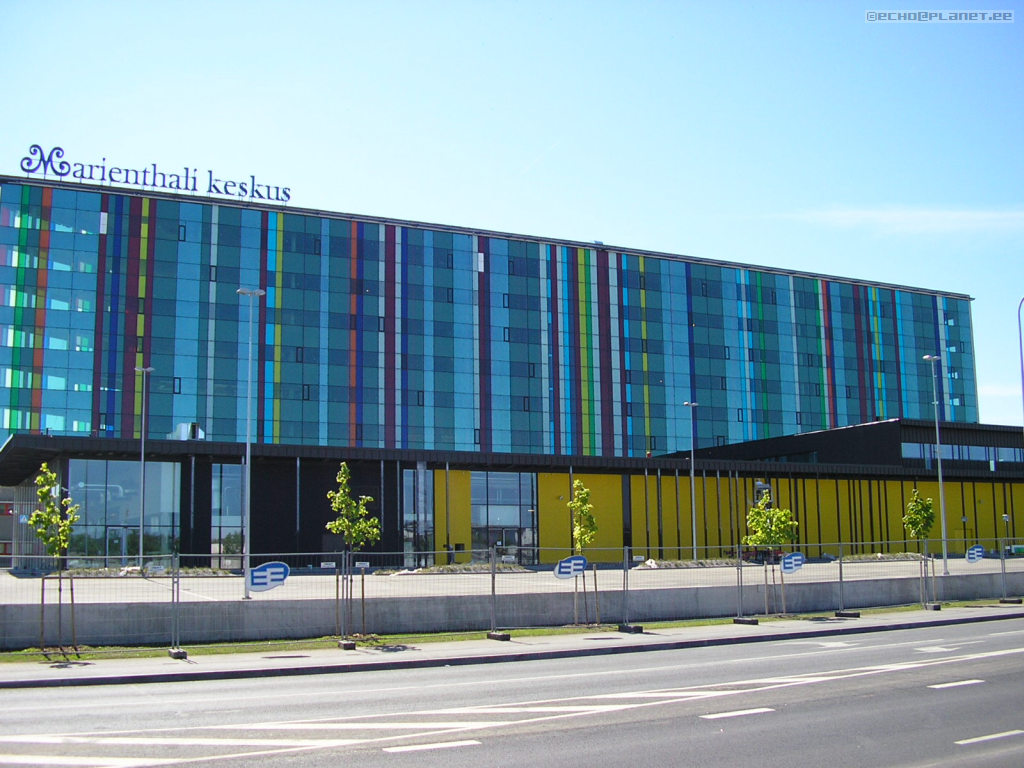 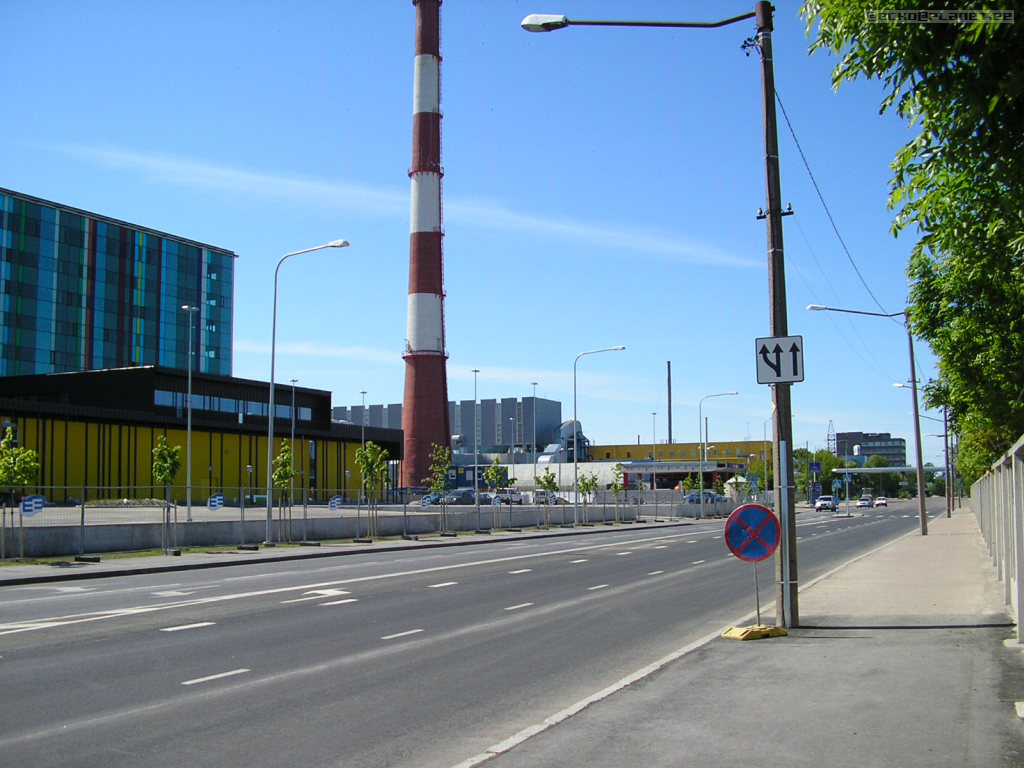