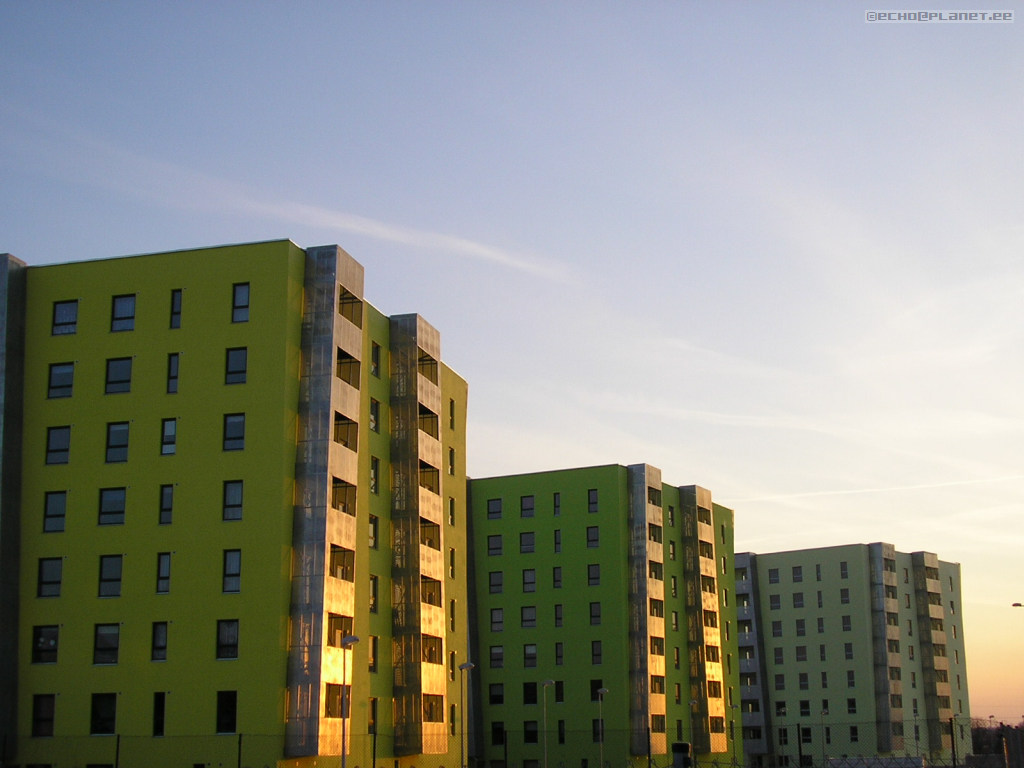 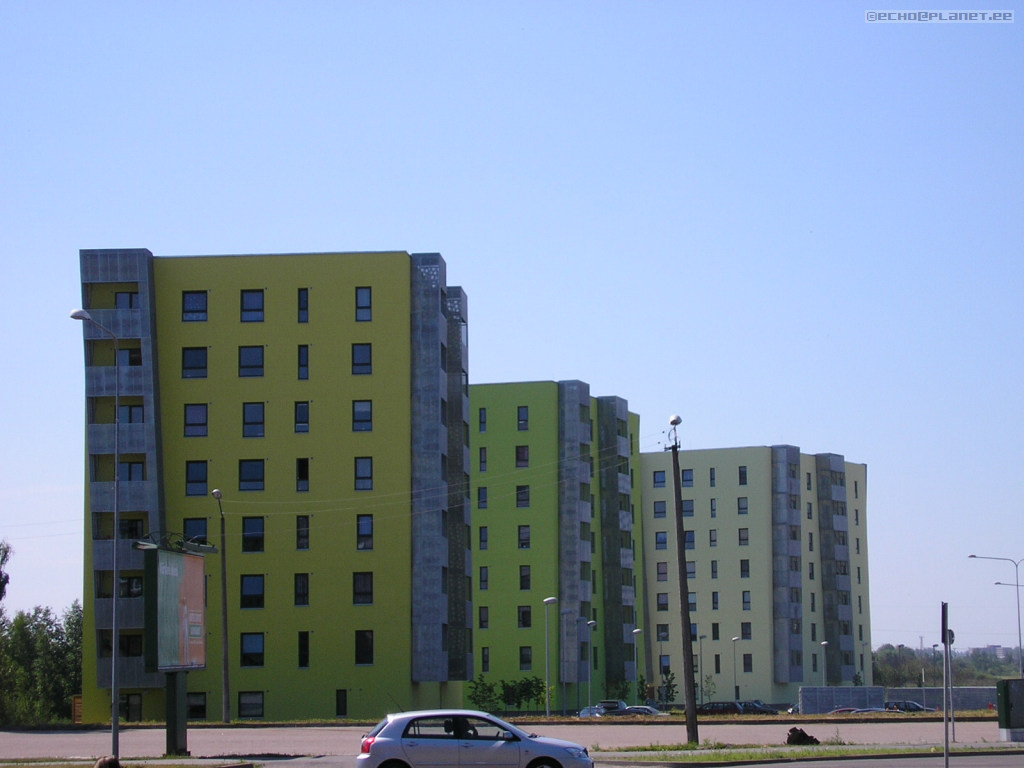 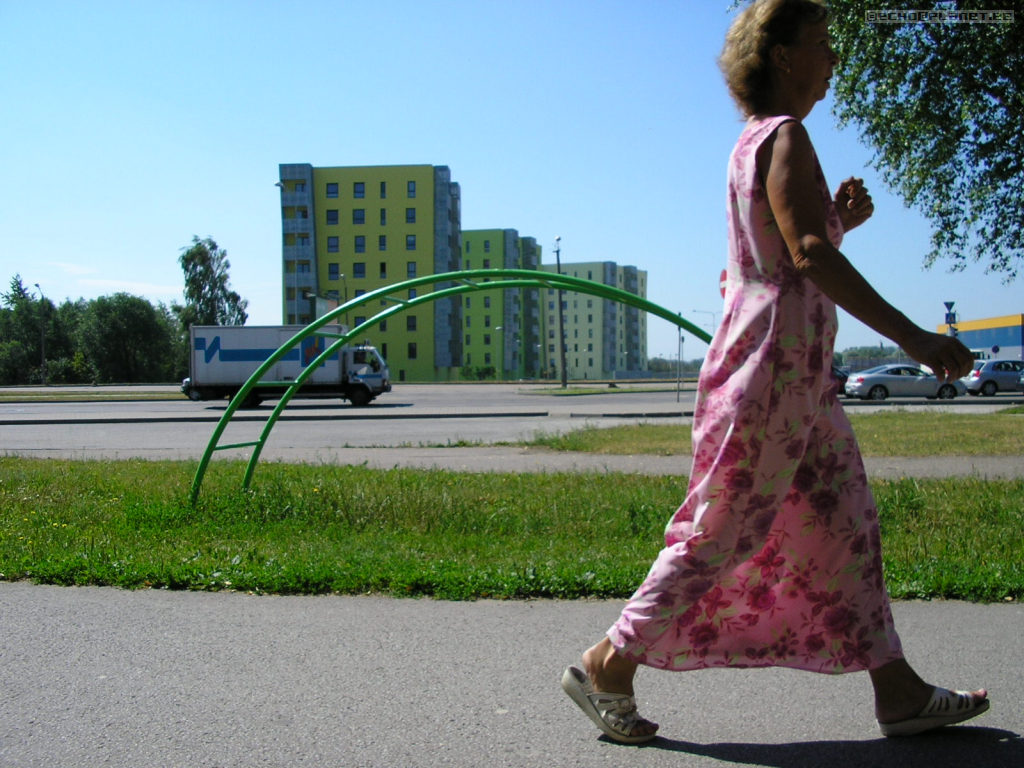 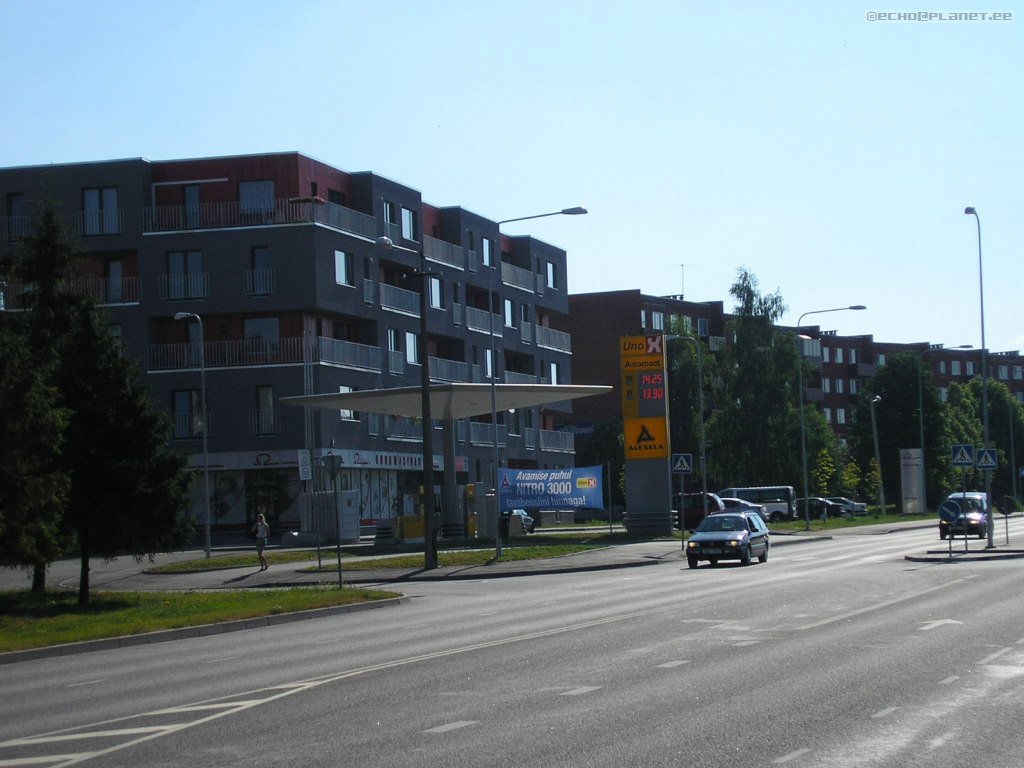 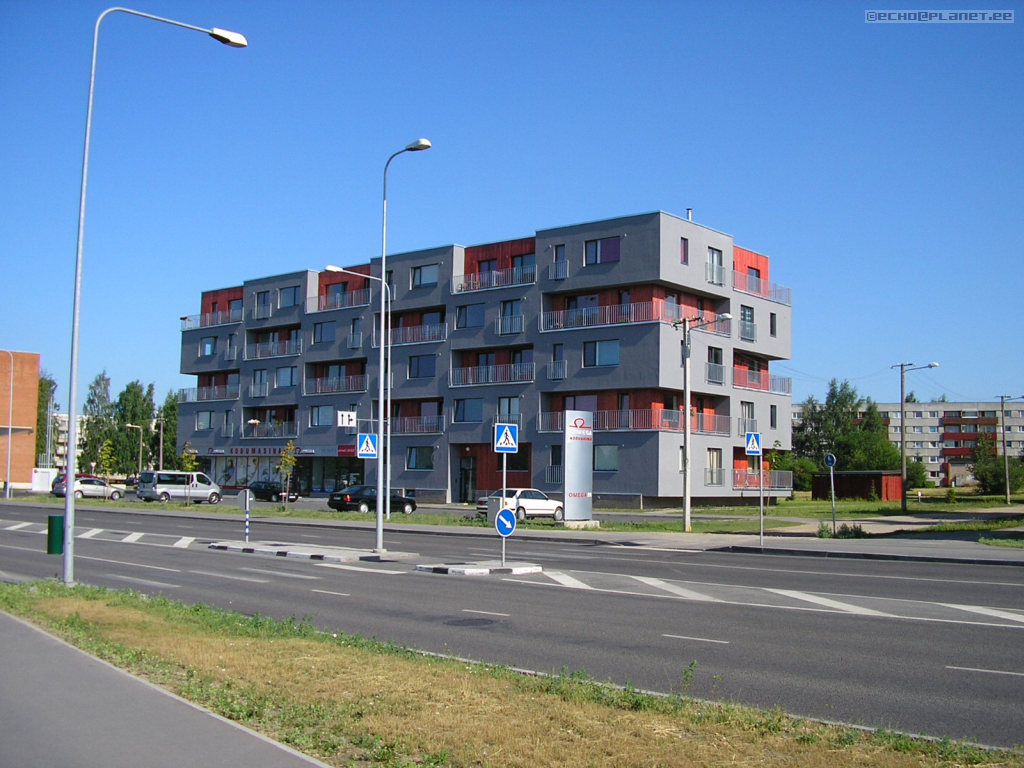 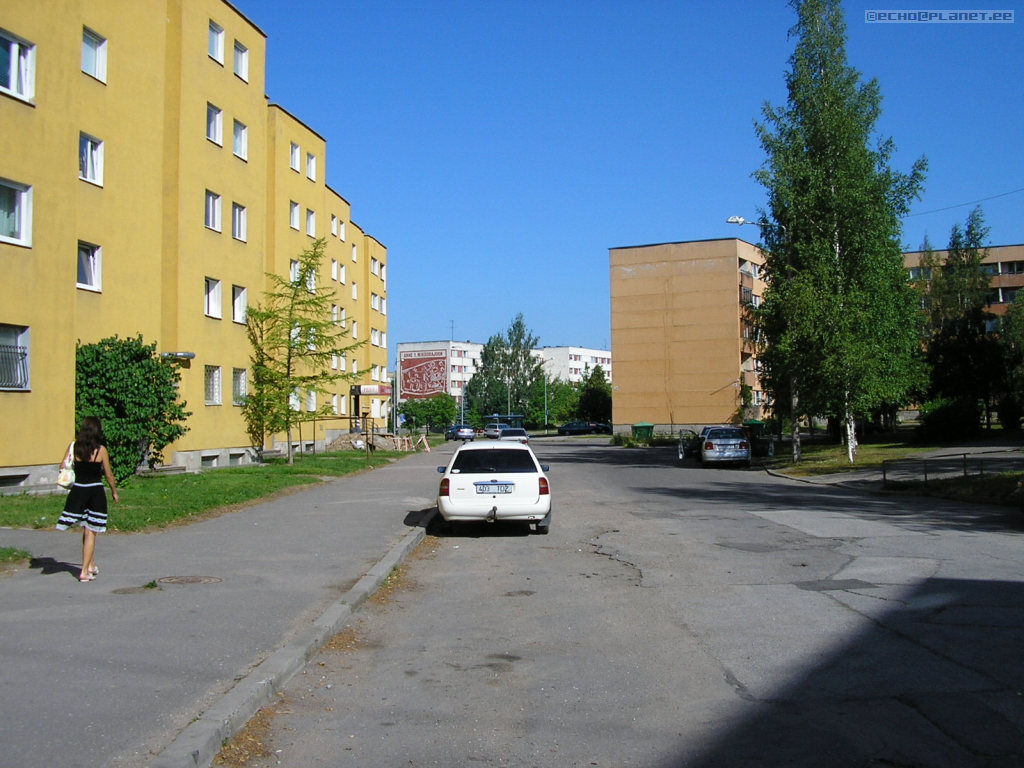 I already lived in Tallinn when I took this picture. 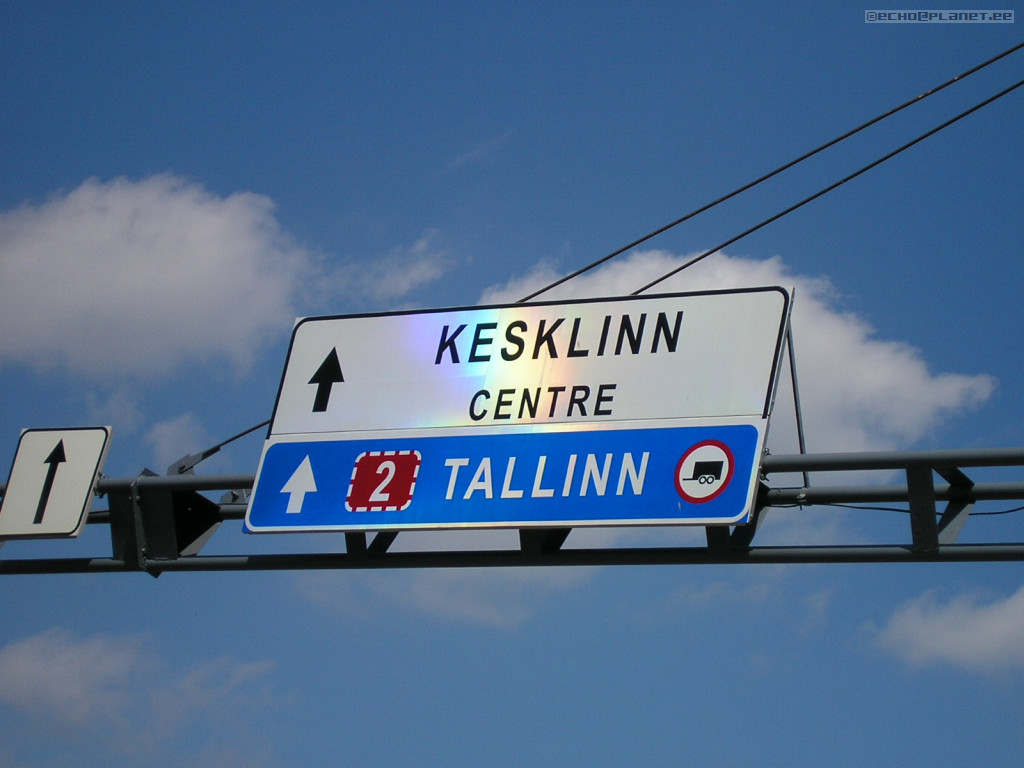 13.07.07
This house like other similar there is one of the older beauties in Annelinn. I've always enjoyed it. 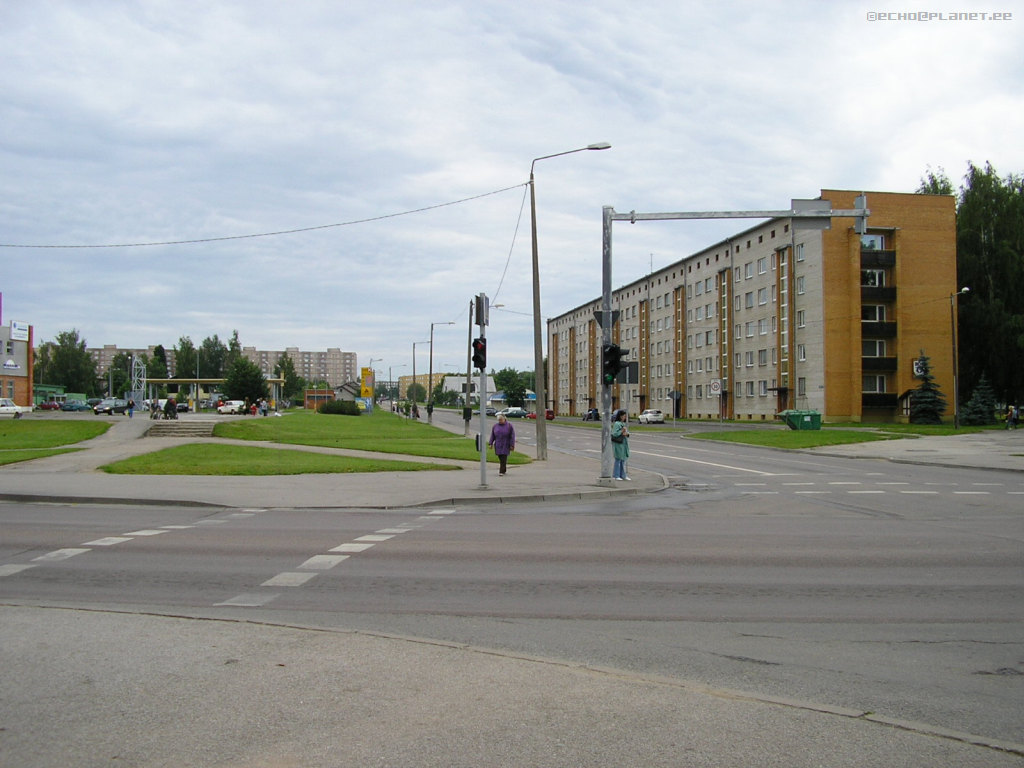 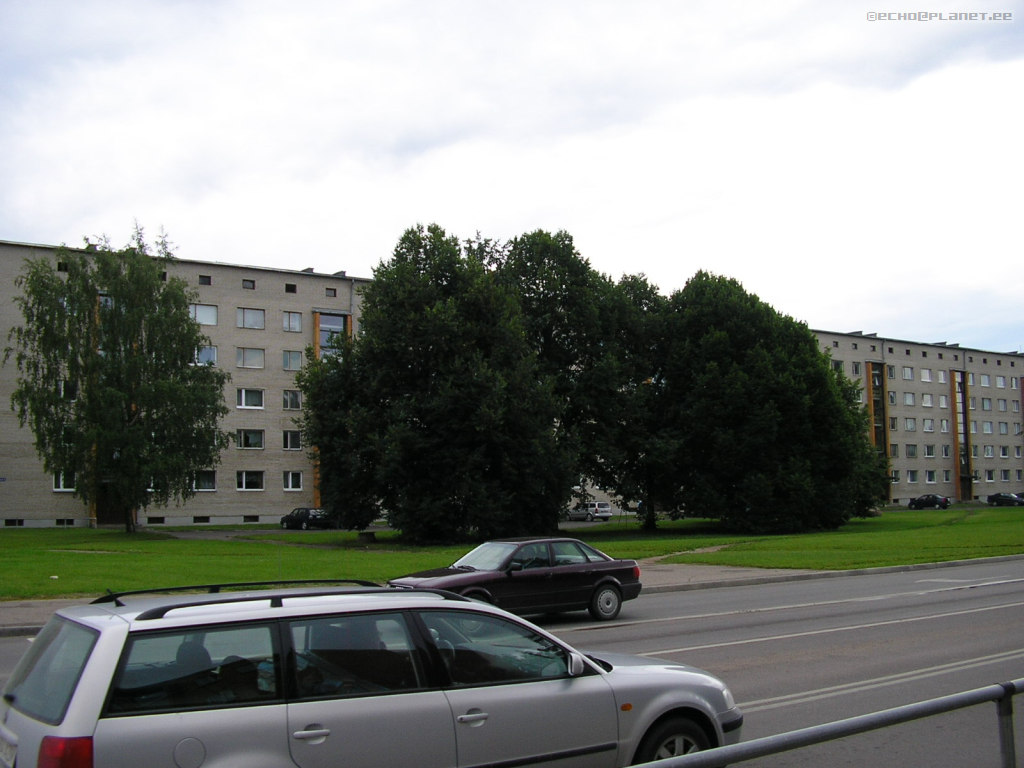 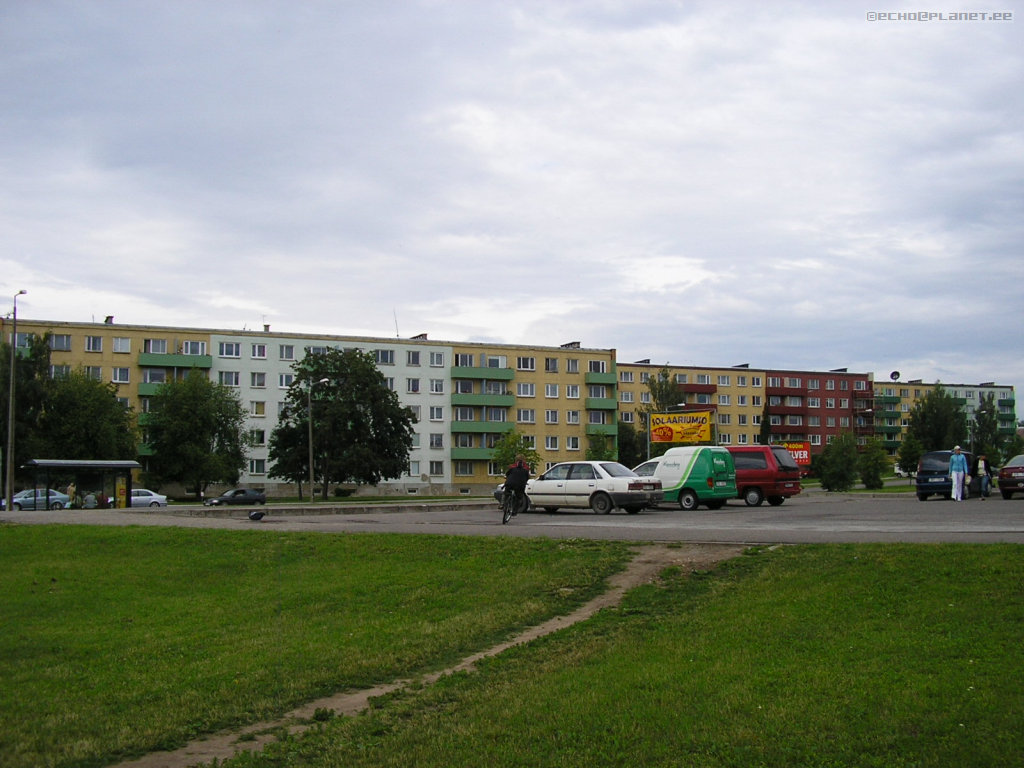 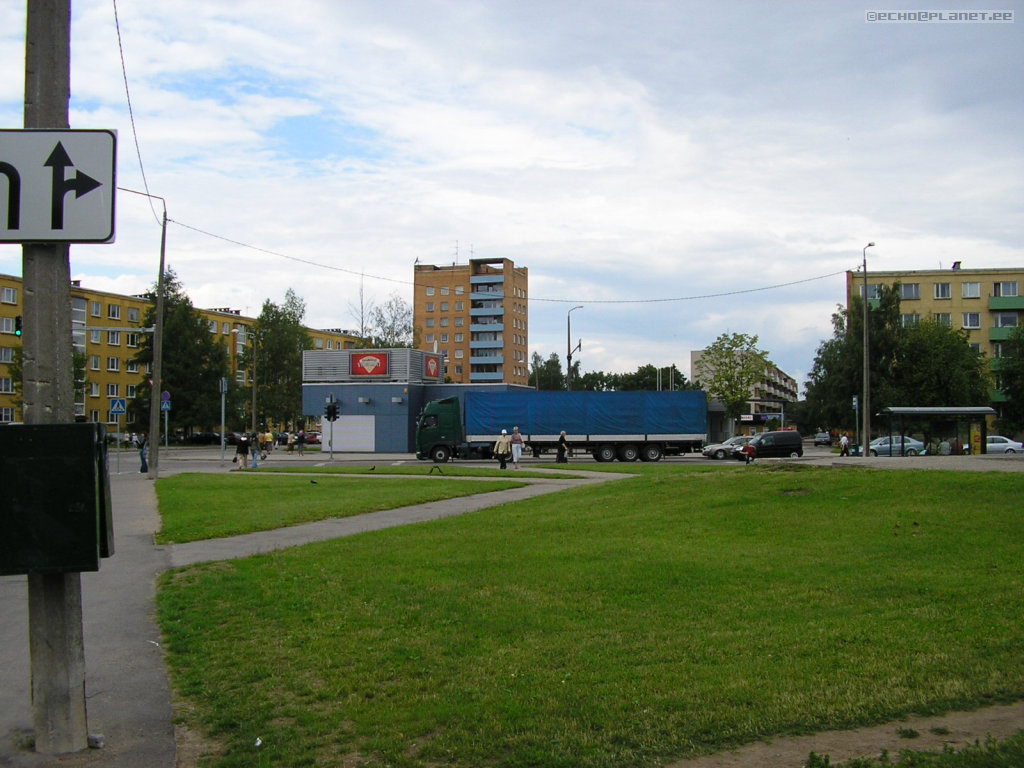 I think this is after renovation/painting. If I recall it right, this house was perhaps red before? I remember this house because I once had an IBM 386 PC and I visited this house with that computer because of some question about hard drives (perhaps how safe it is to compress 120 MB hard drive without a backup). Computer world was so much different back then, around 1996. 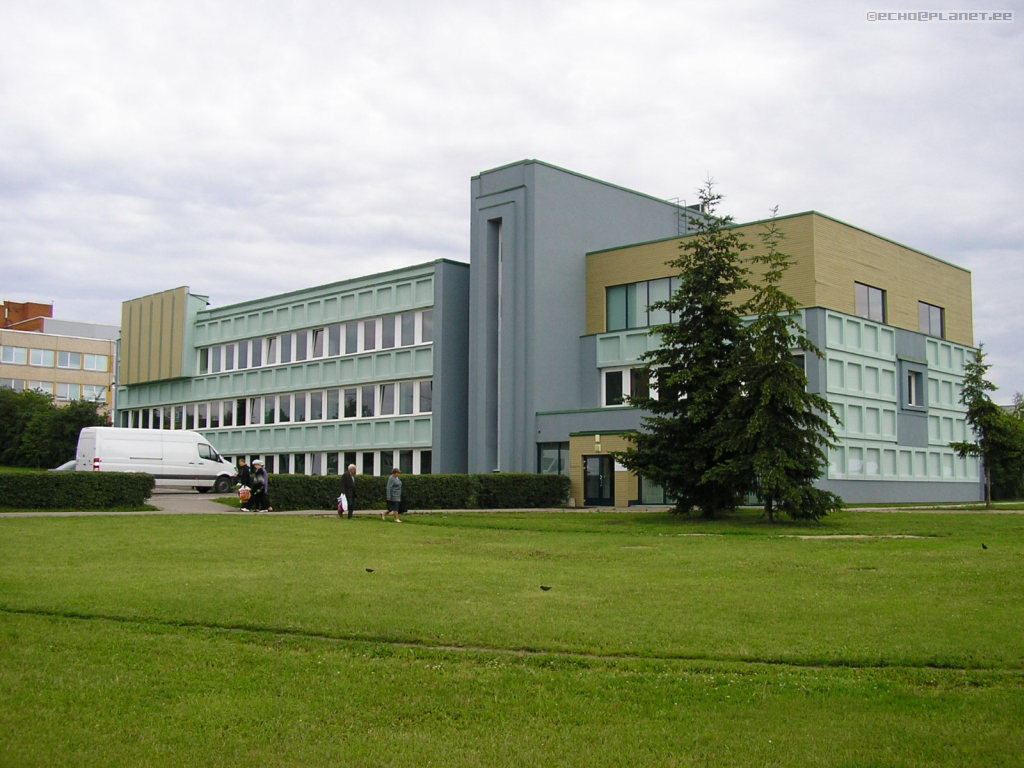 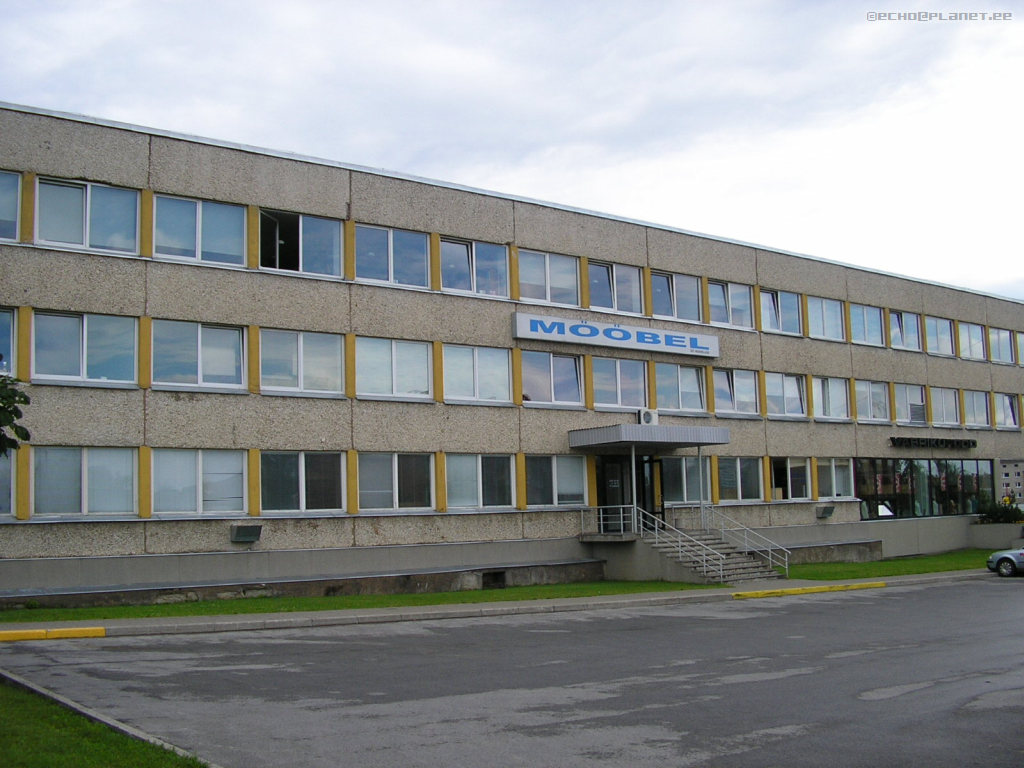 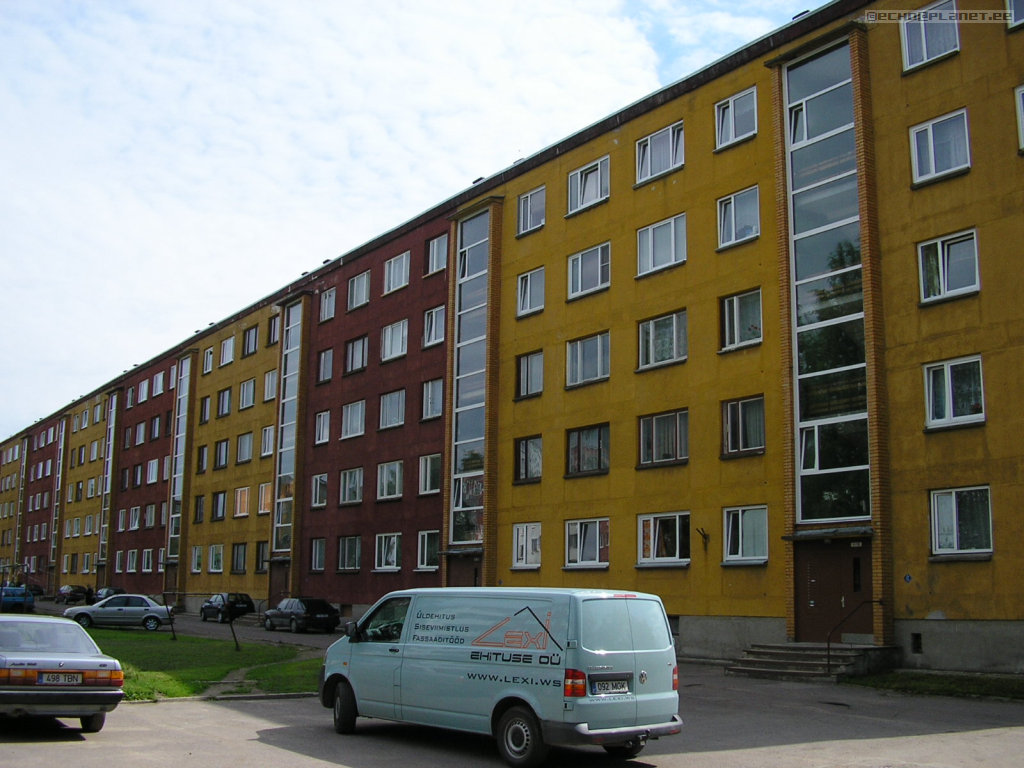 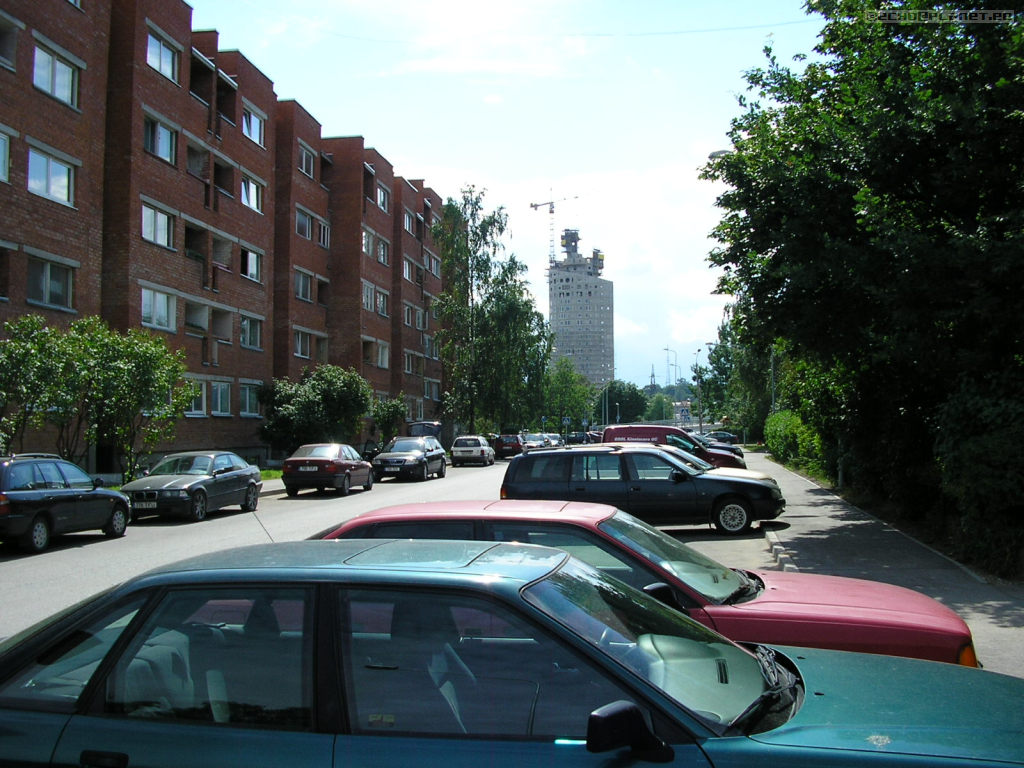 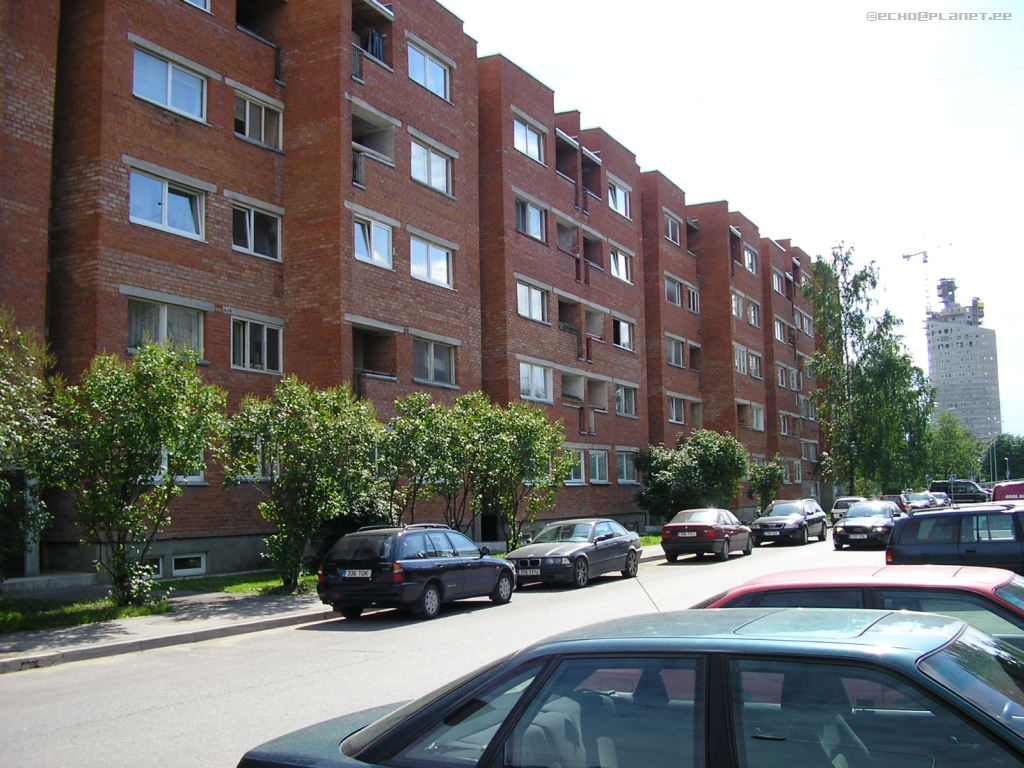 09.02.08
Nice idea: put a map and house numbers in such a place. Kaunase puiestee is at the right edge. As it is seen in both pictures, there are abbreviations "LPK." which means "laste päevakodu" (children's day-home). Interesting that they didn't use "lasteaed" (kindergarten) back then because these were certainly not "lastekodu" (orphanage). 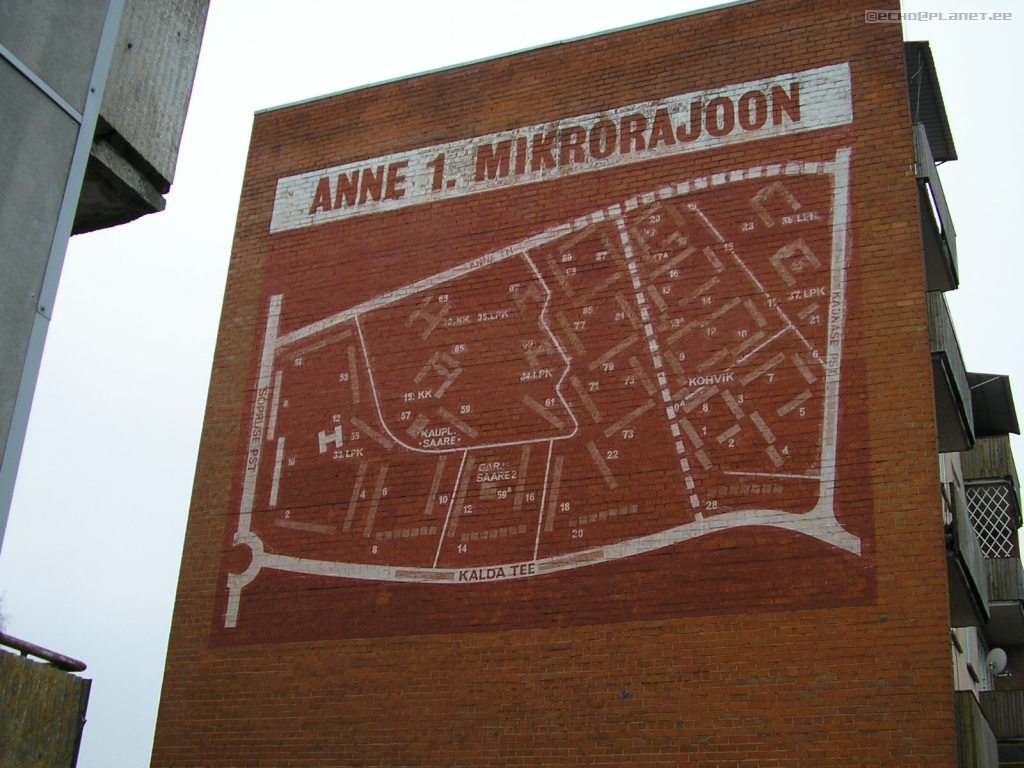 Tartu has Riia maantee (Riga road: taken from Latvia) and Kaunase puiestee (Kaunas boulevard: taken from Lithuania), the latter presented here at the left edge. The rightmost Leninakani puiestee is today Mõisavahe tänav (Mõisavahe street -- Street In-Between/Inside Manor). The map is from time when Annelinn wasn't finished: the right half on the map was filled later, especially the lower part. Grey houses seem to be only planned yet. 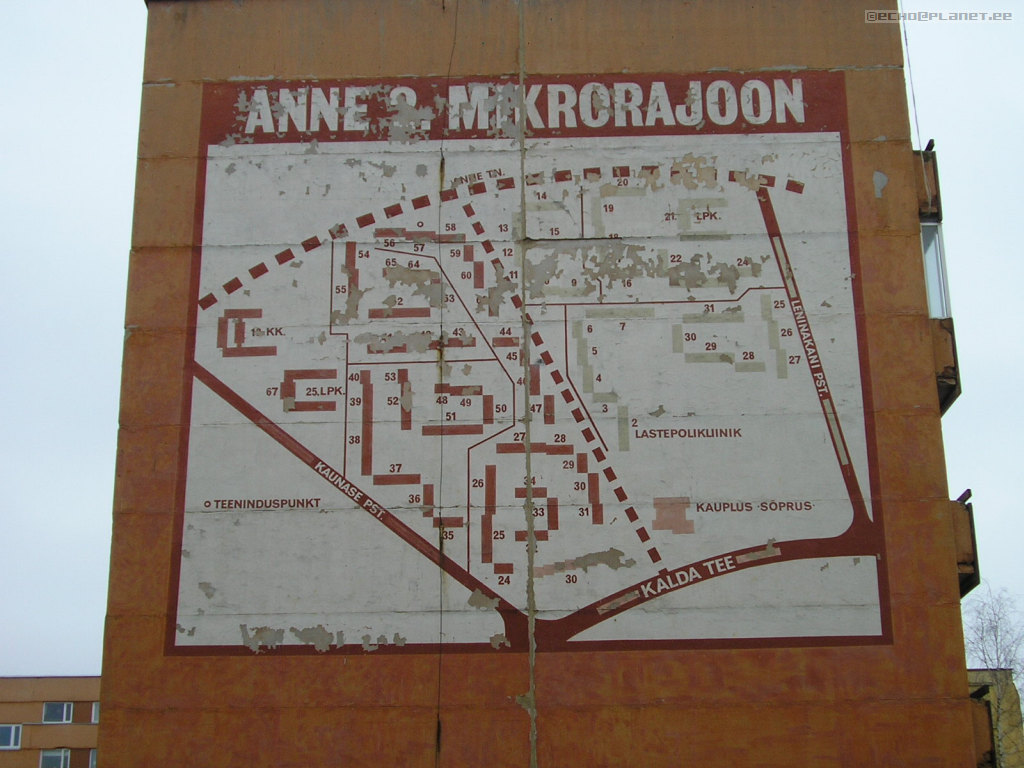