So, some more first impressions of Mustamäe after I moved there. 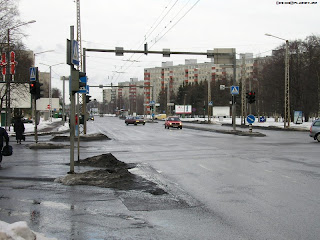 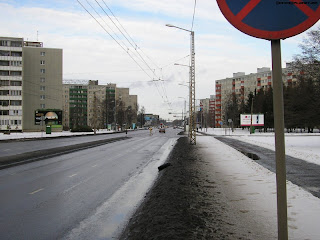 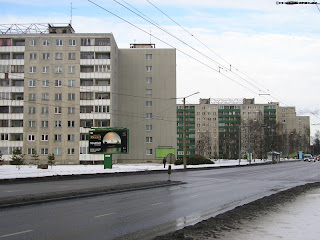 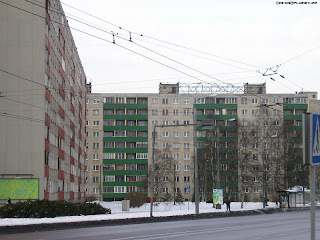 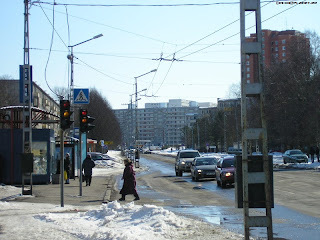 Oh, I love these buildings in Vilde way, in Lehola busstop! There are three of 'em together, you'll see them later. 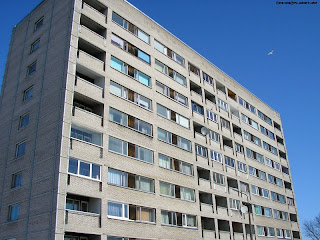 26.03.2006. This is one of the best shots I've done in Mustamäe, Sõpruse pst. (Friendship ave)! Also the view is fantastic by itself! Commieblocks in a row! Later I moved to this area. 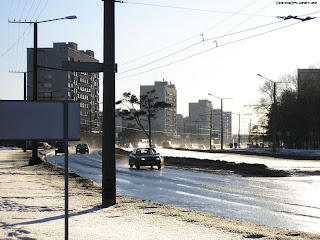 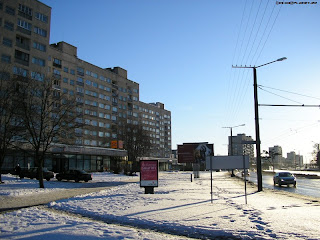 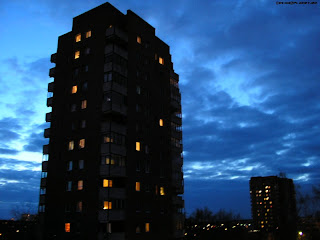 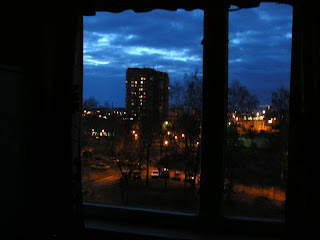 26.02.2006 from the other side of the house. There was something like a police department in the yellow building because actually this area, called mostly Szolnok area because of the name of the busstop (and maybe some more history in the 1960's), was and probably still is the most criminal area. The building in the left has been on fire about 100 times as I read about it later... It was eventually renovated, but here it is just like as it was. 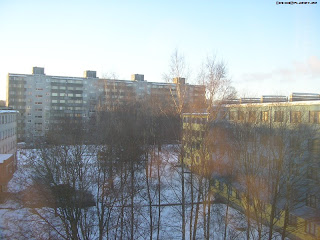